With Star-Studded Birthday Bash In US 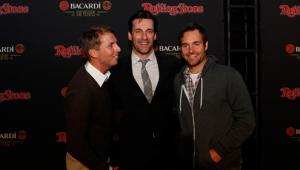 Saturday night (4th February) Rolling Stone® magazine celebrated BACARDÍ’S 150th Anniversary the day before the most anticipated American football game in the U.S, with a “super”  BACARDÍ Bash: 150 Years Rocking the Party.Guests rubbed shoulders with various high profile celebrities as they danced the night away to special performances by American rapper Lupe Fiasco and rock bands LMFAO, Cobra Starship and Gym Class Heroes who all performed at the BACARDÍ ‘150 Years Rocking the party’ event.