Staff and organisers of the fourth annual Chestnut Tree House Snowman Spectacular Ball were stunned and delighted when the event raised a staggering £221,660- enough to pay for 32 days of all the care services provided by the children’s hospice. 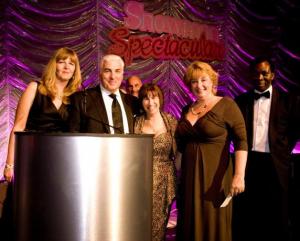 The 537 guests who attended the Ball at the Hilton Brighton Metropole Hotel on Saturday 3 December were treated to a packed evening of entertainment, the high point of which was a performance by Mitch Winehouse, father of the late Amy Winehouse. Mitch also kicked off the evening’s fundraising by going up on stage with his wife Jane, accompanied by Amy’s mother, Janis and her husband, Richard Collins, to present a very generous donation of £10,000 from the Amy Winehouse Foundation to Chestnut Tree House.

Brighton magician, Paul Zenon, was one of the main hosts for the evening, along with Juice FM Breakfast Show presenter, Guy Lloyd and Chestnut Tree House’s Administrator, Peter Cornwell. Paul entertained the audience with tricks and tomfoolery before introducing fellow performers, Mooky the Clown and aerialist, Alex Poulter. Guests also enjoyed performances by the Theatre Workshop International Choir from Brighton, Estrondo Drummers and close up magic from Glen Neagles.

There were plenty of fundraising opportunities for the guests including over 500 surprise presents under the Christmas Gift Tree, kindly sponsored and organised by Sue Addis and Donatello Restaurant in Brighton, which raised £5,160; a balloon raffle to win a luxury holiday in Mallorca; a silent auction; photography by Helen Tinner and a giant snow globe where guests could also have their photos taken; caricatures by Sean Savage, plus a Snowman Spectacular cocktail specially invented for the Ball by Jonathon Goldsmith with all ingredients kindly donated by Latin Spirits and Beers.

The climax of the evening was the Spectacular Auction, preceded by a moving and heartfelt speech from Chestnut Tree House Mum, Claire Poke, who described how the hospice had cared for her seventeen year old daughter, Alice, following a major operation just three weeks ago. Alice suffers from Rett Syndrome and cannot walk or talk, she has no motor control and has to be tube-fed. Alice had to go into hospital to have rods inserted to correct her severe curvature of the spine which was starting to affect the function of her internal organs. Her stay in hospital was not straightforward and at one point Alice had to be ventilated as she couldn’t breathe on her own and the family were afraid they might lose her. But fortunately, she rallied and was able to leave hospital. Until the surgery on her spine heals, Alice cannot be moved easily, her dressings have to be changed frequently and she cannot get wet.

This extra care would have placed a huge strain on the family in addition to the existing difficulties of caring for a young person with complex needs and so Alice spent ten days at Chestnut Tree House recovering from her operation. Claire told the audience that she would simply not have been able to cope at home and that during this difficult period, the hospice were an absolute lifeline, allowing her to spend time with Alice helping her to get better and to have a complete rest herself. Claire summed up by telling the audience that this specialist care has a price tag – it costs £6,850 every single day to provide all the care services at the hospice and in the community for the 240 children currently being cared for by the hospice. But for her and her family, this care is absolutely priceless. Following a standing ovation from the guests, auctioneer Nick Muston from Austin Gray, came on stage to start the bidding in the Spectacular Auction.

The ten ‘money can’t buy’ lots were soon snapped up by enthusiastic bidders with two of the lots – front row tickets for the Last Night of the Proms and a golden ticket McLaren Experience attracting top bids of £7,500 and £6,800 respectively. An exclusive illustration by the hospice’s Patron and inventor of The Snowman, Raymond Briggs, created especially for the evening went for £1,900. Finally, guest auctioneer and Brighton businessman, Robbie Raggio came on stage to lead the bidding to Pay For a Day at Chestnut Tree House. A forest of hands shot up and funding for an amazing total of 24 days was pledged on the night.

Said Linda Perry, “In one night in Brighton, in total, the Ball raised enough money to pay for 32 days of Chestnut Tree House’s care services – £221,000 – with more money still coming in. It is really humbling to see such generosity and support for the hospice. Words cannot adequately express the gratitude of all of us at Chestnut Tree House to our guests, our sponsors Mayo Wynne Baxter, Juice 107.2 FM, Sussex Life, WSL Brighton Ltd, Brewin Dolphin, Marlin Financial Group, Patrick Moorhead Antiques, ECE Architecture, Southern Water, the Hilton Brighton Metropole, all the local businesses and individuals who donated auction lots and prizes, and of course the production team and the 90 staff and volunteers who worked so hard to make the Ball such a sell-out success.” 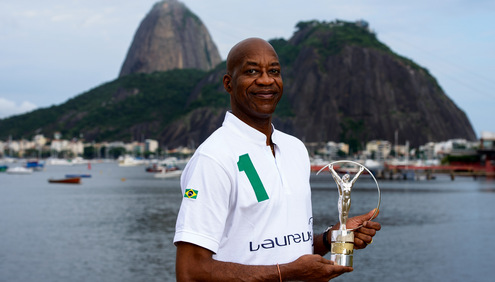