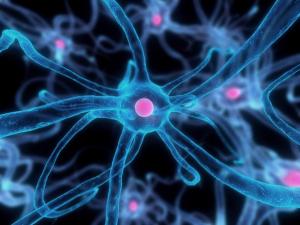 October 2009 – New scientific research, which claims to have identified the area of the brain that is activated when a person suffers from tinnitus, may raise false hope among sufferers, according to the British Tinnitus Association (BTA), the only charity in the UK solely dedicated to supporting those with tinnitus.

A team of US doctors at the Henry Ford Hospital in Detroit have used a magnetoencephalography (MEG) scan on a sample of 27 patients to measure the magnetic fields in the brain and to map locations of the brain activated when tinnitus is experienced. Microchips have also been used to generate electronic noise directly in the brain in an attempt to interfere with tinnitus signals. The findings suggest that MEG identifies the areas in the brain that are generating the tinnitus can be identified and treated.

The BTA advises those who experience the condition to consider the research findings as a further insight into the subject but to appreciate that MEG scanning will not provide a quick-fix to the problem.

Professor Deb Hall, a professional adviser to the BTA, says: “Despite this latest research, we are far from knowing exactly what the pattern of brain responses is that underlies tinnitus. Brain imaging research has so far demonstrated that tinnitus is certainly linked to some abnormal patterns of brain activity, but there is no systematic evidence to show how that the location of the activity is linked to the qualities of the tinnitus.”

She continues with a cautionary warning, “While the research potentially sheds further light on tinnitus, other published research in this field reports rather inconsistent results, so sufferers should continue to seek professional counsel from a GP or ENT specialist to gain information on their tinnitus.”

The BTA is a world leader, with a trained team of friendly and experienced advisors for anyone who with tinnitus or those simply seeking guidance or information about the condition.

For advice, support and information about tinnitus call the BTA freephone helpline on 0800 018 0527 or visit the BTA online at www.tinnitus.org.uk

Colon Cancer: Processed foods could be a major cause