I get this story.

A computer support technician worked with a gentleman for about hour
before giving up. He filed an incident report. In the space where he
was asked to define the situation, he wrote, “The problem resides
between the keyboard and the chair.”

I get that. Between the keyboard and the chair is where most of my
computer problems reside, and probably most of my other problems,
too. As much as I may like to blame things that go wrong in my life
on other people or on situations out of my control (“I can’t help it
. . .” “It wasn’t my fault . . .”), I am aware that they are too
often a result my own mistakes. And I’ve made plenty of mistakes.

Like an embarrassing goof that occurred a few years ago. Driving
home through one of the seedier sides of town, I spotted a young
woman hitching a ride. Yes, I believed she needed a ride. No, I am
not so naïve these days. So, in a spirit of generosity, I slowed to
a stop.

It happened during rush hour heavy traffic. Understand that all of
the cars on this congested street came to a stop behind me as I let
her in. But I excused the inconvenience with the thought, ‘They can
wait a minute. I’m just helping somebody out here.’

Once we started up again I asked, “Where are you going?”
That’s when she looked at me and said, “Do you want a date?

Honest. I didn’t see that one coming. Trying to figure out what was
going on here, I responded in my normal eloquent manner, “Huh?”

By this time the dimmest of lights switched on in my head. I was
finally beginning to see what this was all about. I felt a little
foolish thinking she actually wanted a lift. And when I told her no
and she said, “Then you better let me out.”

We had only traveled about two blocks when I slowed to a stop for a
second time. The same cars that had to wait for me before were
waiting again, and I realized that I was probably the last person on
the street that day to understand what was going on.

Former mayor Filorello LaGuardia of New York City once said, “I
don’t make many mistakes, but when I do, it’s a beaut.” I, on the
other hand, make plenty of mistakes, and a surprising number of them
are beauts. Actually, the incident with the hitch-hiker scores
fairly low on my list of goof-ups.

Unless permanent damage is done, I don’t mind a certain number of
blunders, slip-ups, errors, missteps and the like. Actually, I think
mistakes are under-rated as opportunities to learn. Actress Sophia
Loren’s philosophy works well for me: “Mistakes,” she says, “are
part of the dues one pays for a full life.” And I suspect, the
fuller the life, the more dues were paid.

So I’ll take the risks, try new things and make more mistakes if it
means a fuller and richer life. After all, the greater mistake could
be to never risk at all.

Achieve Your Goals With This Mind Trick

Do All the Good You Can 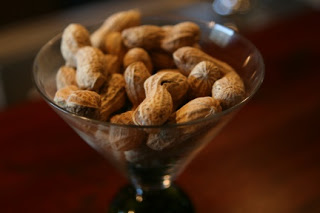