The much awaited estate makes its debut in Geneva 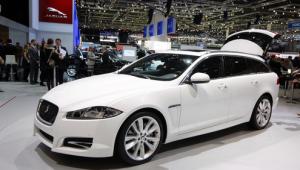 The XF Sportbrake takes Jaguar’s globally acclaimed sporting saloon and extends its versatility and practicality while retaining the model’s core values of dramatic, muscular elegance, a dynamic driving experience and contemporary luxury.
The XF Sportbrake builds on the extensive refresh received by the XF saloon for the 2012 model year which saw it adopt a more assertive appearance in line with the flagship XJ model – including striking new lightblade headlamp technology.
At a glance:

Britain’s swimming stars are in London this week