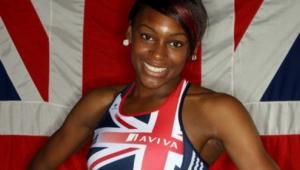 Aged just 23, Perri Shakes-Drayton is one of the most talked about up and coming names in athletics. Perri narrowly missed out on making the team for the Beijing Olympics, but has been strongly touted as a potential medallist for London 2012. Perri, who specialises in the 400m hurdles, has the backing of Olympic 400 hurdles champion Sally Gunnell to go all the way in 2012 and after her exploits at the 2010 European Championships in Barcelona, where she stormed to 2 bronze medals, many athletics experts are predicting big things for the Londoner.

What Will Britney Spears do After X-Factor?