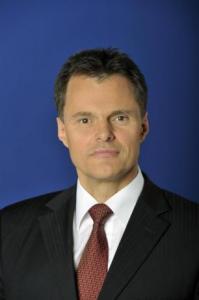 (Crewe, England. 4 June 2012). Bentley Motors today announces the appointment of Dr Wolfgang Schreiber (54) as its new Chairman and Chief Executive.  Dr Schreiber joins Bentley from his current role as CEO at Volkswagen Commercial Vehicles. He will commence his new position on September 1, 2012 and succeeds Wolfgang Dürheimer (53) who, as part of an extensive structural and management realignment within the Volkswagen Group, moves to become the member of the Board of Management for Technical Development at Audi AG.

Dr Wolfgang Schreiber, an engineering graduate, joined the Volkswagen Group in 1984. He was made head of transmission and drivetrain development at the Volkswagen brand in 1996. His responsibility during that time included the development of transmission and drivetrain components for the Bentley Continental GT and Arnage. He moved to Bugatti Engineering in 2003 to take up the post of Technical Director and later Managing Director of the supersports car company over the next eight years. Schreiber has been the member of the Board of Management of Volkswagen Commercial Vehicles responsible for development since September 2006 and additionally was made Speaker for the Board of Management in February 2010.

Speaking about the appointment, the Chairman of the Board of Management of Volkswagen AG, Professor Dr Martin Winterkorn says: “Dr Schreiber and Mr Dürheimer have one important thing in common: they are both thoroughbred engineers and represent the technical expertise of Volkswagen Group. This is why I am absolutely certain that Dr Schreiber is the right man to continue the successful strategy at Bentley.”

Speaking about his new role, Dr Schreiber comments: “I am looking forward to working with the whole Bentley team to implement and further develop the successful growth strategy. The Continental GT, the Flying Spur and the Mulsanne are unique British luxury cars that appeal to an increasing number of customers around the world. We will work hard to bring the Bentley SUV from concept stage into series production and thus establish a third successful model line for the company.”

During his tenure at Bentley since February 2011, Mr Dürheimer has seen the company set a new world ice speed record of 331 km/h (205mph) and has overseen the introduction of the new Bentley Continental GT model line with the coupe and convertible and V8 generation, as well as the development of the SUV concept which had its world premiere at the Geneva Motor Show earlier this year. The EXP 9 F concept was initiated and pushed forward under Dürheimer’s brief, giving a clear message that Bentley aims to enter new territory by building the pinnacle luxury performance SUV.

Speaking about his tenure at Bentley Motors, Mr Dürheimer says: “I want to thank the whole Bentley team for their dedication and excellent work. Together we have built a robust business and Bentley can look forward to a very optimistic future.”

Half of Drivers Believe the Driving Test is “Too Easy” 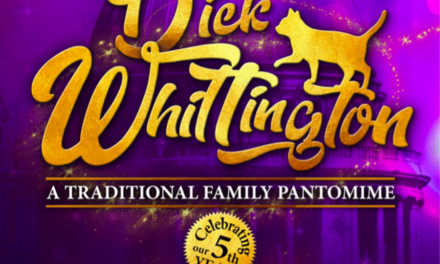